This site aims to serve as a helpful guide for our users to learn and compare different buying options. Ratings are based on our subjective opinions from evaluating hundreds verified customer reviews. By clicking on the products below, we may receive a commission at no cost to you. 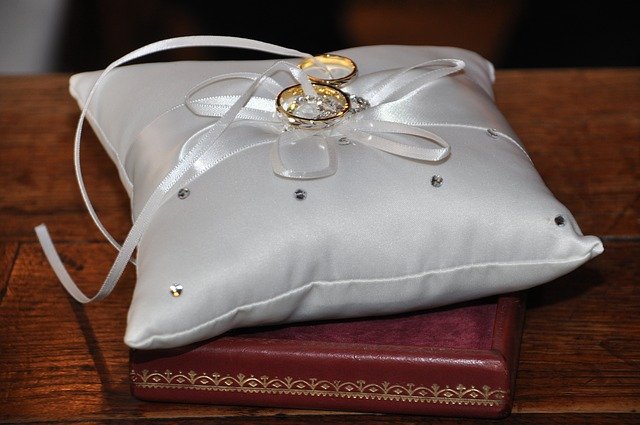 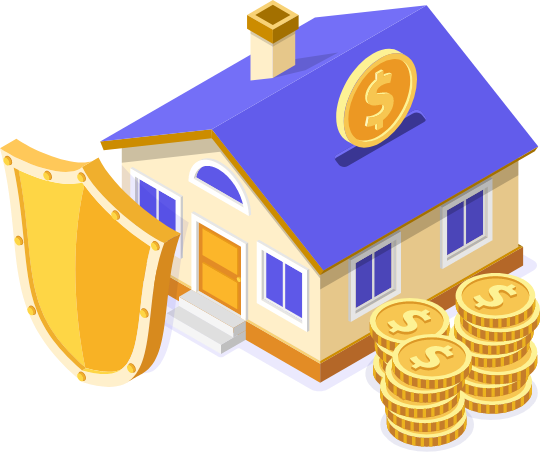 Your wedding day is one of the most unforgettable days of your life. The last thing you want is for the event to be remembered because of a catastrophe.

There are countless ways the big day can be wrecked. The maid of honor gets appendicitis, a plumbing problem floods the reception hall or guests end up eating Beanie Weenies because the caterer mixed up his dates.

Even more potential calamities lurk in today’s tumultuous world. Airports closed because of terror alerts or virus scares could keep key wedding participants from arriving on time. And several brides and grooms have been shipped overseas to fulfill military service obligations before they got to say “I do.”

Such are the incidents for which wedding insurance was invented.

Leah Ingram is the author of five bridal books, including “The Portable Wedding Consultant,” and countless articles for national bridal magazines. She says that with the amount of money spent on weddings (the average is more than $20,000), getting insurance is a no-brainer. 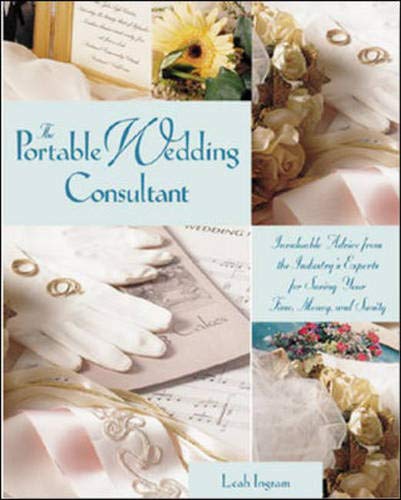 The Portable Wedding Consultant : Invaluable Advice from the Industry's Experts for Saving Your Time, Money and Sanity amazon.com Check price

“The average wedding costs as much as a down payment on a house,” Ingram says. “It’s a major investment. It just makes sense to get insurance.”

Plus, she notes, the insurance can do wonders for a bride’s peace of mind, especially with the number of vendors involved and the variety of issues that can’t be controlled.

Wedding insurance is a well-established product in Great Britain, but it’s been available in the United States for only about a decade. Specialty carrier WedSafe and general insurer Fireman’s Fund are two policy sources. You also can ask your personal or homeowner’s insurance agent about special-event coverage.

WedSafe’s standard policies range from $155 to $385. Coverage goes as high as $50,000 for weddings that have to be canceled or postponed.

Coverage typically includes wedding cancellation or postponement if a member of the bridal party dies, gets sick, is injured or can’t come to the wedding because of military service or the shutdown of commercial transportation. (Pre-existing medical conditions are excluded.)

It also will help pay for the reconvening of the bridal party for new pictures if the photographer loses the film or it’s damaged at the lab, new wedding rings if they’re lost, and replacement of damaged, stolen or lost wedding gifts.

Cold feet, however, are not covered. If a bride or groom has a change of heart, the cost of the canceled wedding comes out of his or her own pocket.

Worried about her own wedding

Karen and Roger Sandau started WedSafe after planning their own wedding in 2000. It was supposed to be a small ceremony on Maui. Before they knew it, the guest list was at 62 people, Karen was sending “enormous deposits” to vendors hired sight unseen through the hotel, and hurricane season was on the way.

“The icing on the cake was Roger’s bachelor party was turning into a three-day snowboarding weekend,” she says. “Our honeymoon was 12 days in Fiji. I thought, ‘What if he breaks an arm or a leg? I’m going to kill him.'” (He went to Vegas instead.)

An attorney who specializes in the music business, Roger was accustomed to getting one-day cancellation insurance from a broker in London who insures massive rock-concert tours. When Karen mentioned her concerns, the broker suggested insuring the wedding. But U.S. coverage at the time was extremely limited and expensive, so she didn’t buy it.

“For the country that has the biggest, most expensive weddings in the world, how could this not exist?” she asks. “I was a bride. I know it’s a really exciting time. Cancellation and postponement are very drastic. People want to follow through on their weddings.” 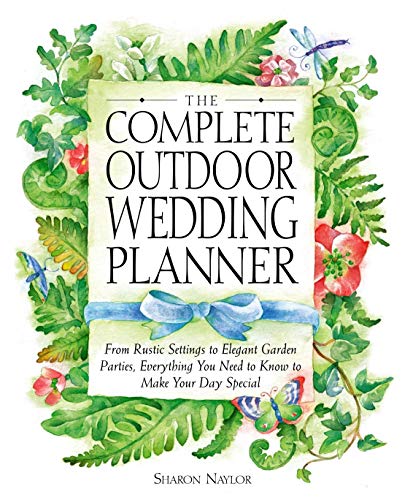 The Complete Outdoor Wedding Planner: From Rustic Settings to Elegant Garden Parties, Everything You Need to Know to Make Your Day Special amazon.com Check price

Sharon Naylor, author of “The Complete Outdoor Wedding Planner,” strongly recommends wedding insurance for the simple reason that you’re dealing with a host of vendors and there’s a lot of money at stake. Plus, we live in a society in which people will sue for just about anything.

How strong is her recommendation?

“If you’re having an outdoor wedding and you don’t have insurance, you’re a moron,” she says. “When you look at the amount of money it is, it’s worth it. The big benefit is the peace of mind.”

But be sure to read the policy thoroughly to make sure it meets your needs. Naylor says she’s seen some odd-duck kinds of coverage. “One policy covers you if the photographer is kidnapped,” she says.

OK, you bought a wedding insurance policy. But you’re not through with your insurance agent yet.

Brides and grooms almost certainly will need liability coverage. This insurance is separate from the standard wedding policy, which covers money you’ve shelled out on products and services for your wedding. Liability insurance covers you in the event of an accident or injury related to your wedding.

Since liability is additional coverage, you’ll pay extra for it, but it’s a cost you’ll have to bear. Your wedding won’t happen at most venues without liability coverage, says certified wedding consultant Joyce Scardina Becker, the founding director of the Wedding Consultation Certificate program at San Francisco State University.

If you want to getting married at some very romantic place — an antebellum mansion, vineyard or the Nixon Library (Karen Sandau says they require a $2 million policy) — you can bet you won’t put a pinky on the property without a policy covering things such as damage to the hall or an injury to a guest or a staff member.

Then there’s the alcohol issue. If a guest has too much to drink and then gets in an accident or a brawl, the bride and groom almost certainly will be among those named in a lawsuit.

“I don’t care what wedding it is, people will leave drunk unless you don’t serve alcohol,” Sandau says. “It’s so scary.”

“You have to look at your home from a risk-analysis perspective,” she says. “Talk to your agent. It’s very important to check your insurance because that’s lawsuitville.”

Brides and grooms can avoid many of the problems covered by wedding insurance, Scardina Becker says, by carefully reading contracts and only using licensed and insured vendors.

Scardina Becker has worked on hundreds of weddings in her other capacity as president of the San Francisco-based special-event planning firm Events of Distinction. She won’t take on clients who want friends or family members to bake the wedding cake, take the photos or provide some other wedding service. All it takes is one person to get food poisoning, trip over a camera tripod or claim they burst an eardrum because Uncle Louie’s band was too loud.

You want each vendor contract to contain a “hold harmless” clause that releases you from responsibility if something happens because of their negligence. The contract also should provide indemnification. That means that if you get named in a lawsuit (and as the host, you probably will), the vendor involved in the litigation will pay for your defense. They’ll want you to do the same for them.

Scardina Becker cites a case in which an inebriated wedding guest died in a fall as he left the reception. The bride called the following day to express her sympathies, but the widow wouldn’t talk to her. Instead, the bride was named as a defendant in a lawsuit.

“Who may be implicated in the litigation?” Scardina Becker asks. “A number of potential people: the bride for issuing the invitation, the wedding planner who planned the event, the venue for hosting the event, the bartender who served the alcohol beverage.

“Who should have insurance? Everyone.” 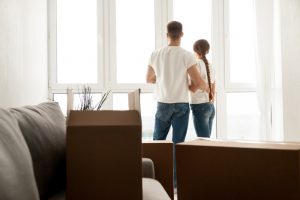 How to Decrease the Cost of Home Insurance

Homeowners insurance is a vital aspect to all homeowners, as the insurance will protect you in the case of a natural disaster, burglary, fire, or other terrible things that can occur in which you lose your home or your property.. Of course, everyone would like to save money on their homeowners insurance, but many have... 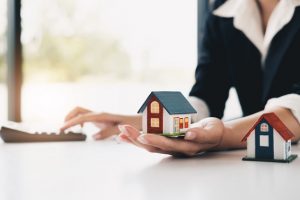 A good home insurance plan can protect you from financial difficulties and provide assurances that resources will be available when you need them. When you’re choosing a plan, there are many factors to consider.. Specific Events – You Are Covered For…. Generally speaking, homeowners insurance provides three things:. coverage for damage to your homecoverage for... 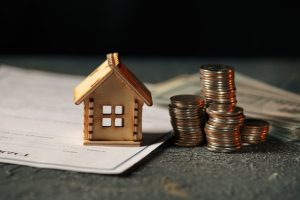 Using the roof over one’s head as collateral for sizable amounts of credit has become an extremely popular and efficient way to borrow. Equity is the difference between your home’s appraised — or fair market — value and your outstanding mortgage balance. If you have equity in your home, borrowing against it might be a...